During the seven years that I worked my last job — spent mostly in a windowless, florescently-lit, cubicle of an office — I was always desperate to escape the building for lunch.
It wasn’t that I didn’t love my job.  (I did.)  It wasn’t that I wanted to go home to eat.  (I lived too far away.)  It wasn’t even that I just wanted to go out to eat.  (I usually brought my lunch at least half the time.)  It was simply that I had to escape that dark cave and soak up some sunlight for at least a few minutes each day, and eating out once or twice a week was an easy excuse to do so. 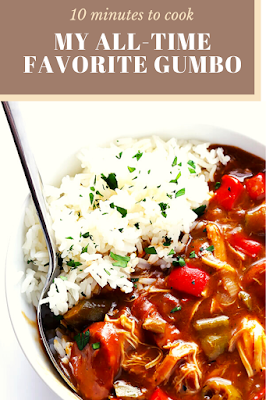 “Gumbo-laya” (Gumbo + Jambalaya) Stew, Turns up the Heat on Winter